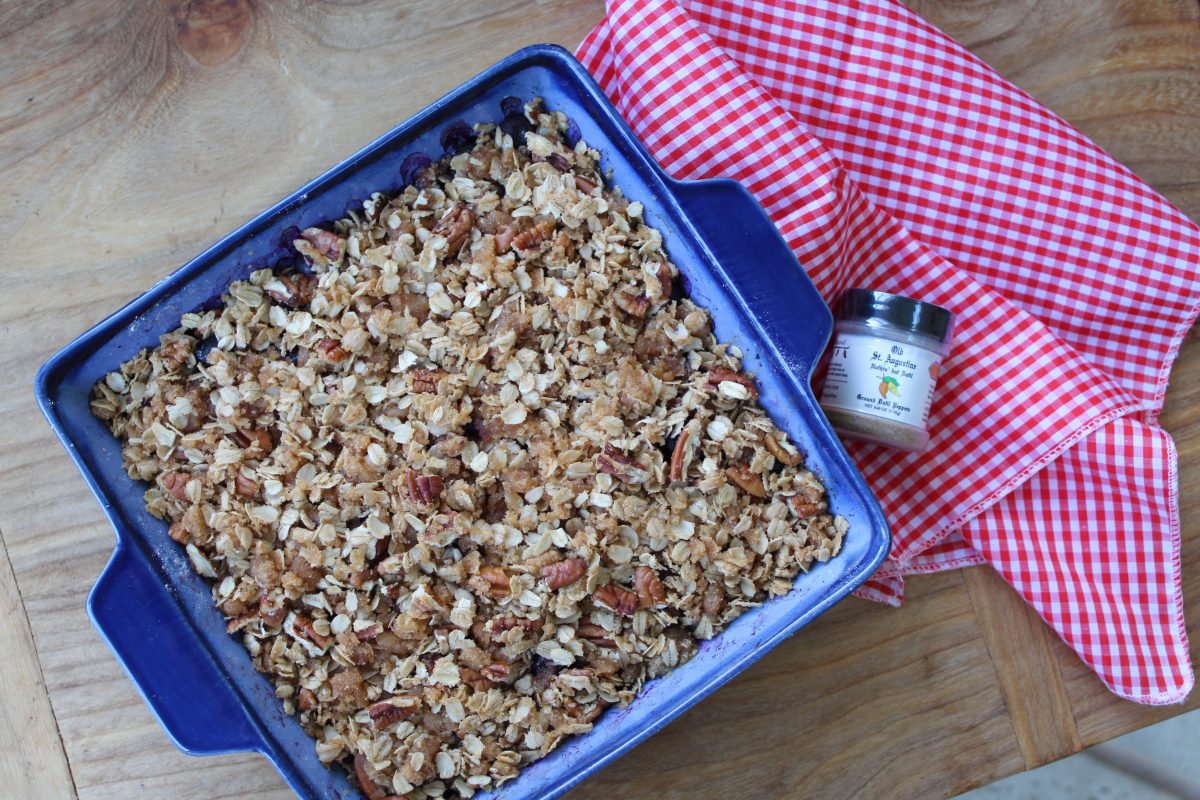 Think back to your childhood.  I’ll bet you can remember several Fourth of July Celebrations; where you were, who you were with, what you ate and how amazing the fireworks display was.  We live in the greatest Nation in the world, and we need to celebrate the freedoms that we enjoy here in the United States of America.

Have you ever really taken the time to think about why the Fourth of July is so significant?  On July 4, 1776, the Continental Congress signed a document written by Thomas Jefferson declaring independence from the dictatorial rule of Great Britain.  Those brave men knew that by signing their names to this document, they might just be signing their death sentence.  Doing the right thing and standing up for your beliefs isn’t always easy, and sometimes comes with a cost.  A cost they were willing to bear for the good of the colonists living in this brave new world we now call the United States of America.  If you get the chance, please make sure you visit the National Archives in Washington, D.C.  It’s worth your time to visit the exhibit containing the beautifully signed copy of the Declaration of Independence.  It’s absolutely awe inspiring.  (It also makes me wonder why we aren’t teaching cursive handwriting in schools any more.  What a lost art.)

After the signing of the Declaration of Independence, John Adams wrote a letter to his wife Abigail.  Here is part of that amazing letter describing his thoughts about  the momentous occasion:  “It ought to be commemorated as the day of deliverance, by solemn acts of devotion to God Almighty. It ought to be solemnized with pomp and parade, with shows, games, sports, guns, bells, bonfires, and illuminations, from one end of this continent to the other, from this time forward forevermore.”

***** I want to give a huge shout-out to all the service men and women as well as first responders, both here and abroad who have gone before us, and those who are currently on the front lines protecting us from harm and fighting for our right to remain a Free Nation Under God.  These brave men and women need to be celebrated each and every day!*****

My family always celebrated the Fourth of July with gusto.  Lots of food and fireworks.  Daddy definitely loved him some fireworks.  The Fourth of July always brings back memories of spending summers on the mountain top in Sewanee, Tennessee.  Daddy was working on his Master’s Degree in Sacred Theology at the University of The South, and my sister and I were turned loose on the mountain to explore, along with a lot of other preacher’s kids.  Now that’s a scary thought!  Where we couldn’t go on foot, we covered by bicycle.  There were wild blueberries to pick, salamanders to chase along the streams, caves to explore, and fireflies to catch in jars at night.  Lake Cheston was our swimming hole, and the site of the Fourth of July picnic and fireworks.  If I try hard enough, I can smell the hamburgers cooking, hear the kids playing games, and anticipate the hand-churned vanilla ice-cream to go with mom’s fresh blueberry crisp or cobbler.  Knowing that my sister and I hand picked those blueberries ourselves always made it that much better.  Mom could only guess at the number of ripe, juicy berries we ate on the way home, by the stains on our shirts and the blueberry mustaches we sported.  It’s a wonder she ever had enough to cook with. 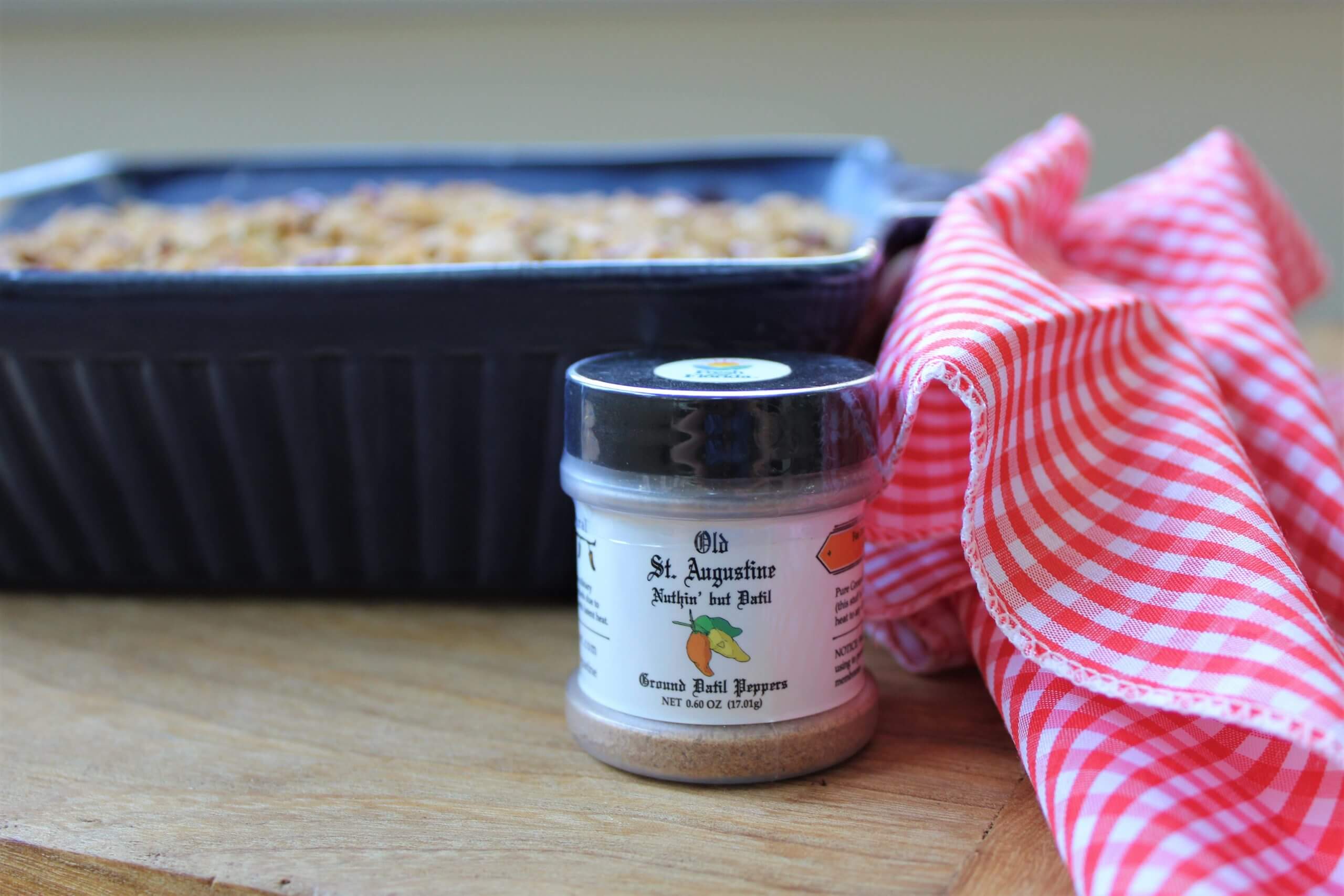 Blueberries have always been one of my favorite things.  They’re as beautiful to look at as they are to delicious to eat.  I decided to make a crisp instead of a cobbler today, mostly because I love the crunchy crust created by combining brown sugar, oatmeal, butter and toasted pecans.  What’s not to love except the calories?  Besides, we need to celebrate, and an occasional dessert never hurt anyone, right?

Here, I’ve used it with plump, juicy blueberries, to make a Fourth of July Picnic favorite even better.  No offense to my mother and grandmother who made incredible blueberry crisp and cobbler for many summer gatherings, but I think mine is just a little bit better.  Thanks to the unique Datil Pepper. 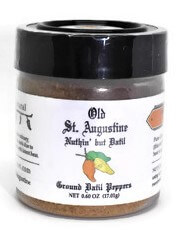 Pure Ground Datil Pepper Powder.  Nuthin’ But Datil is only the finest quality datil peppers, finely ground, and truly my most versatile product.

Nuthin’ But Datil is the perfect “secret” ingredient in many of my desserts.  It compliments chocolate and fruit in a way that is absolutely amazing.  Just a pinch, usually no more than an eighth of a teaspoon is all that’s needed to spice up anything you want to kick into high gear.

I use it in fudge all the time,  See my blog on:  Valentine’s Day Treats – Heat things up with Spicy Datil Pepper Fudge with Pecans and Sea Salt for a sweet but spicy fudge that’s sure to set your heart on fire.

Mamma always cooked her berries to thicken them up before placing in the baking dish.  By adding a little cornstarch as a thickener, you can skip this step, and the blueberries remain whole and beautiful, retaining all their flavorful goodness. 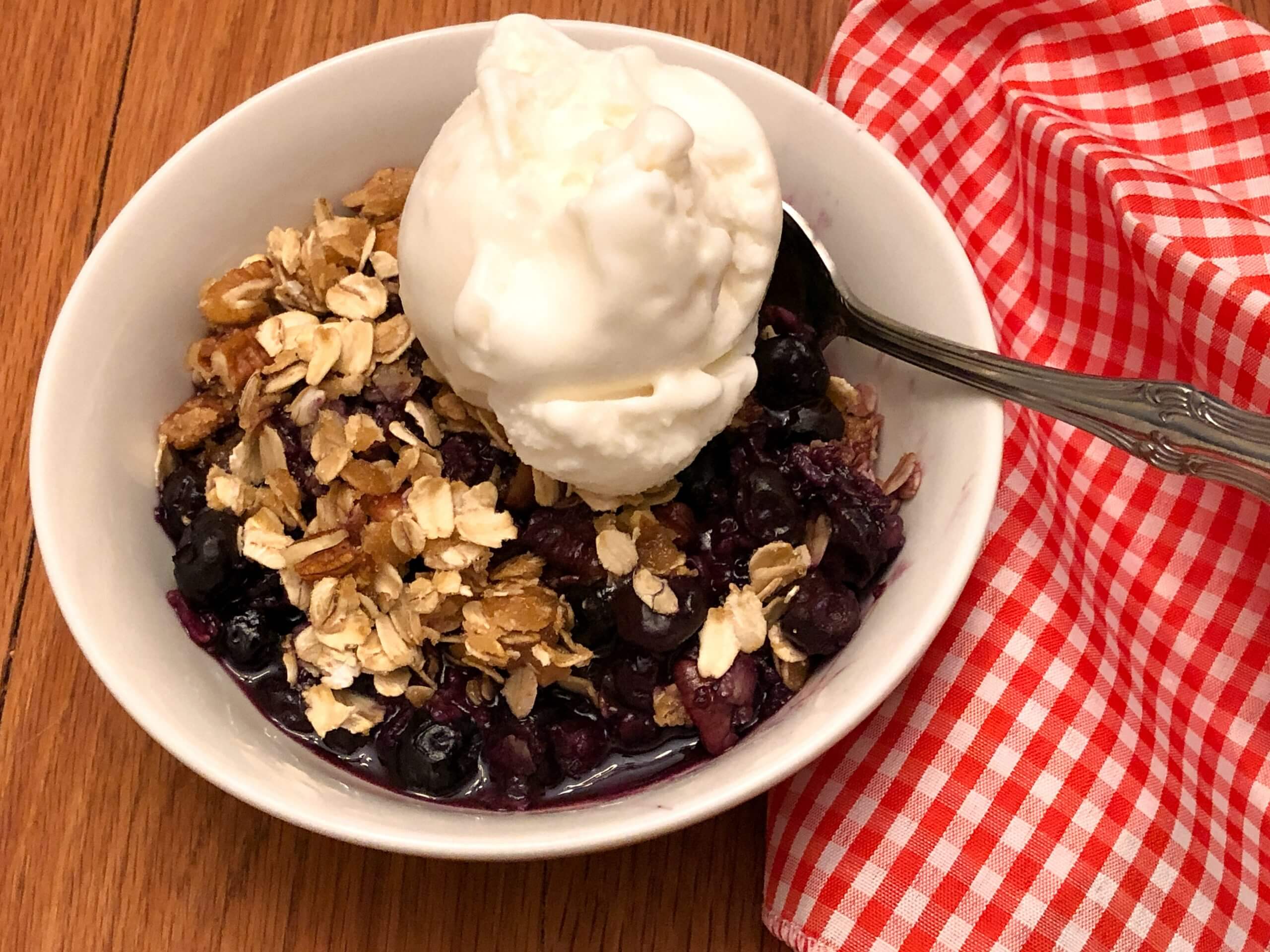 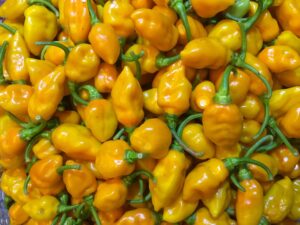 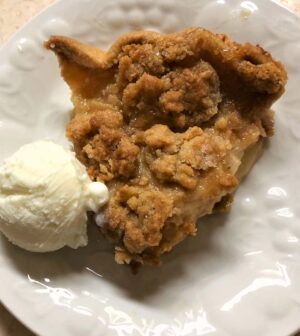 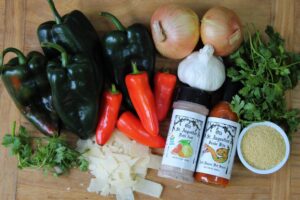