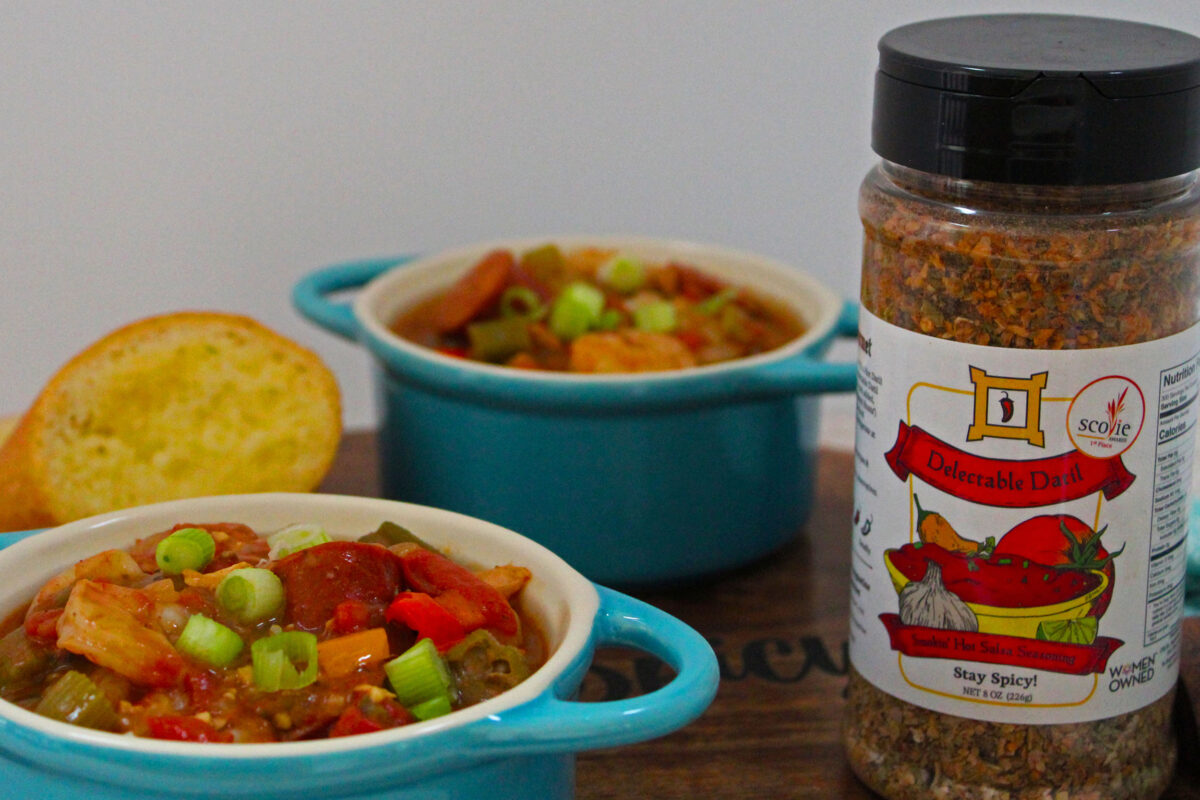 Many years ago I lived in south Mississippi and loved the close proximity to New Orleans. The food in New Orleans is second to none in my humble opinion. I just love the Cajun-Creole-French influence that pervades the city and its food.  This recipe for Spicy Cajun Shrimp Gumbo with Andouille Smoked Sausage is my rendition of one of the most loved Louisiana dishes.

Gumbo is a Cajun soup or stew that starts with a cooked roux, pronounced “roo”. What exactly is a roux? A roux is equal parts of oil and flour that are cooked together, browning the flour to create the base for gravies, soups, stews, and gumbo. Louisiana cooks take great pride in making the perfect roux, anywhere from light brown to almost chocolate-brown depending on the dish. *See instructions on making a roux at the end of this post.

Just be sure to cook your roux slowly and do not leave it for a minute. If it burns, you will want to throw it out and start again. Put on some upbeat music, pour a glass of wine, and know you will be stirring that roux for a while. 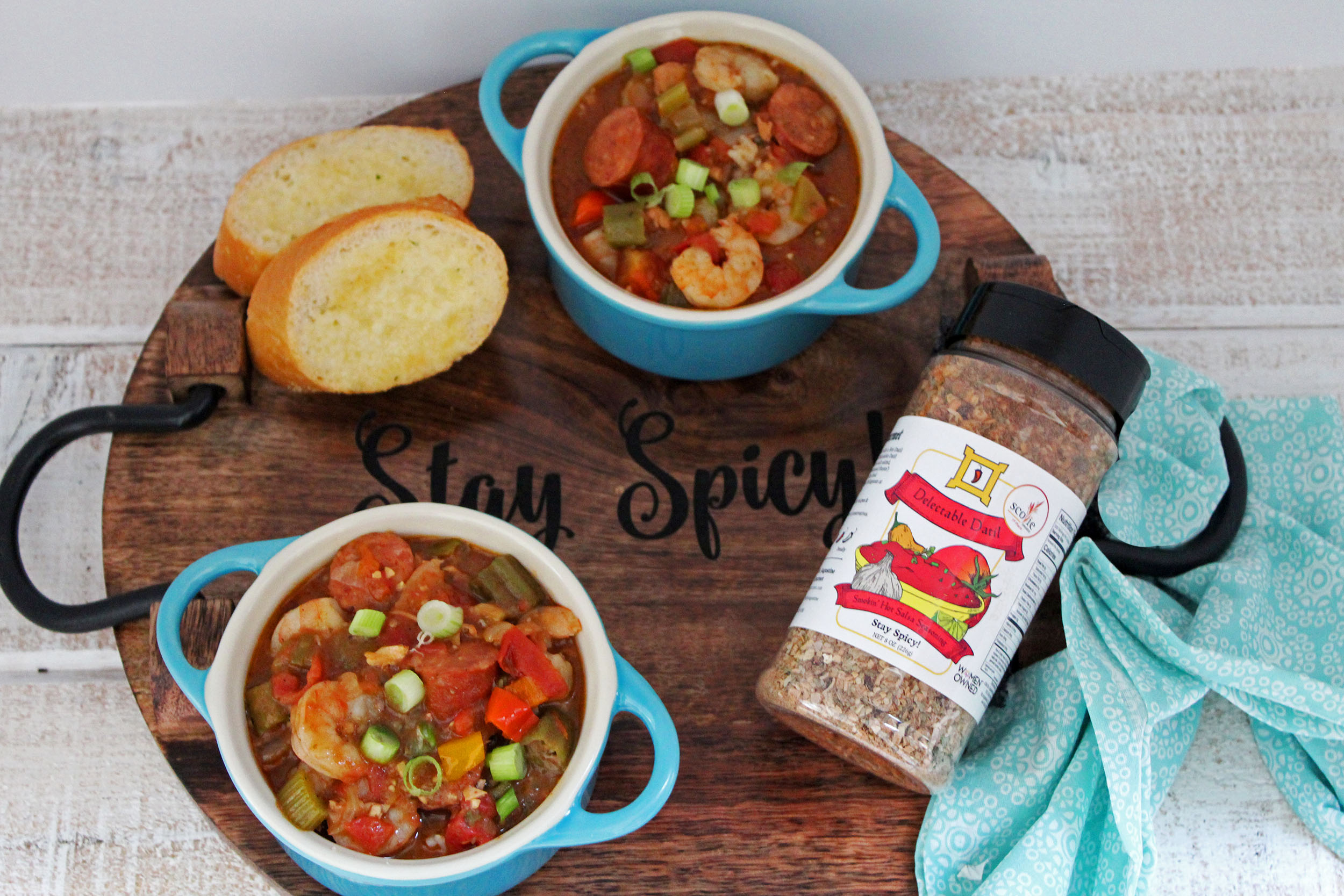 Not familiar with Cajun lore? Here are a few fun facts to get you started:

My Bible for Cajun and Creole dishes has been a torn and tattered, much loved and frequently used copy of Chef Paul Prudhomme’s Louisiana Kitchen. I bought it in 1984 when it first came out, interestingly enough, on a foodie trip to New Orleans. Sadly, Paul Prudhomme died in 2015, but he left an amazing legacy of Louisiana cooking. Another huge loss is that the iconic restaurant Chef Paul and his wife Kay started in 1979, K-Paul’s Louisiana Kitchen has been closed permanently after being affected by the Covid-19 virus shut-downs in 2020. It was an awesome restaurant that was taken over by Paul Prudhomme’s niece and her husband and was one of my favorite places to eat in the Crescent City.

I’ve modified his recipes over the years, and now include my datil pepper seasonings instead of the seasoning blends Chef Prudhomme created, but the essence of the dishes is a tribute to the big man himself. 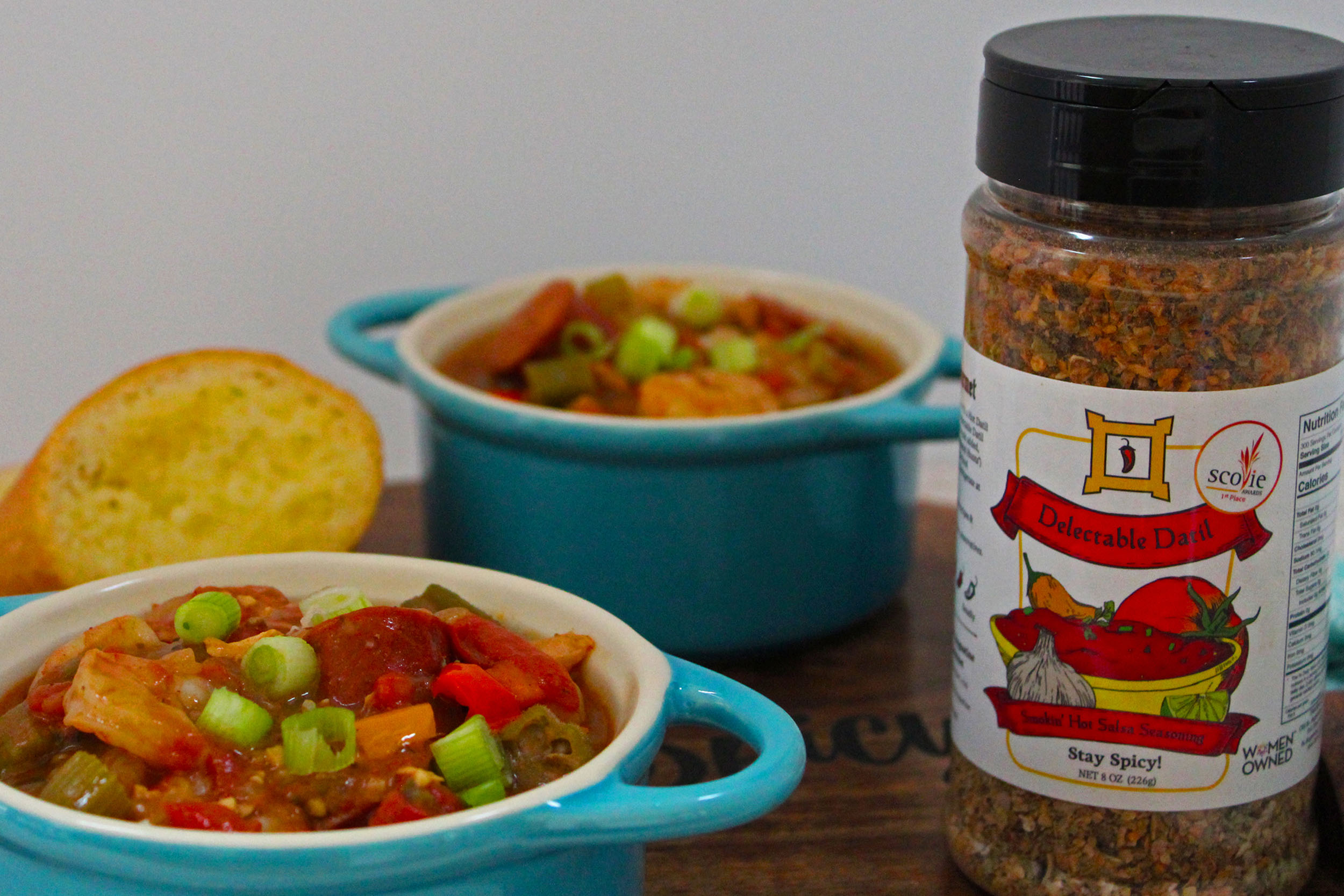 I know not everyone likes okra, and you can certainly leave it out, but it really adds flavor and thickness to this Cajun Shrimp Gumbo with Andouille Sausage. Filé powder, a common ingredient in gumbo is also called gumbo filé.  It’s a spicy herb made from the dried and ground leaves of the North American sassafras tree (Sassafras albidum). I didn’t include it in my recipe, but if you happen to have some, you can certainly throw a pinch in the pot.

OSA Gourmet Delectable Datil Salsa Seasoning combined with Gourmet Datil Garlic and one of our Datil Pepper Hot Sauces add a nice spicy kick to this beautiful pot of gumbo. I used the Smokin’ Hot Salsa Seasoning and Venom Datil Pepper Hot Sauce. A great combination.  I know it’s not traditional Cajun seasoning, but hey, that’s what cooking is all about for me. I love to experiment with flavors and ingredients, taking my dishes to the next level. You can always use Creole Seasoning instead if that’s what you have in your pantry. Or season it with your favorite spice blends to create your own take on this gumbo.

Cajun Shrimp Gumbo with Andouille Sausage is not an instant meal. It takes time to marry the flavors, and it’s always better the next day if you can wait that long to eat it. If you want to freeze your gumbo, leave out the shrimp. After thawing out the gumbo, you can reheat it slowly in a pot on the stove and add the shrimp once the gumbo is hot. 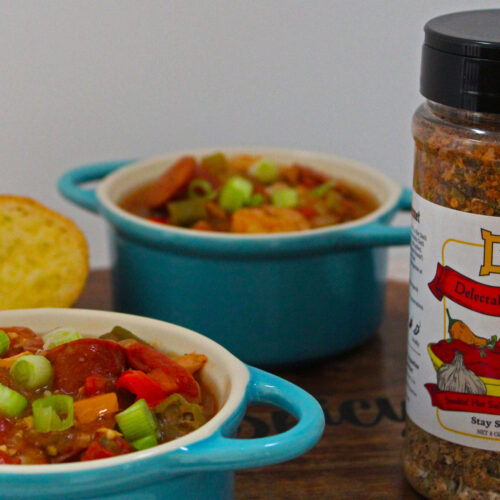 NUTRITION Per Serving: calories: 309 | total fat: 34.28g | cholesterol: 18.21mg |sodium: 1308.25mg |carbohydrates: 18.27g | fiber: 0.92g | sugars: 0.91g |protein: 16.10g |  *Percent Daily Values are based on a 2,000 calorie diet. Your Daily Values may be higher or lower depending on your calorie needs. *The information shown is an estimate provided by an online nutrition calculator. It should not be considered a substitute for a professional nutritionist’s advice. For accurate nutritional information, calculate using the exact ingredients you use as brands vary in their nutritional values. Please consult your doctor for any questions or concerns you have about dietary restrictions.
Keyword Cajun, Gumbo, Stew

I know this sounds complicated, but once you’ve made roux a time or two, you’ll see the benefit and you’ll certainly taste the difference a good roux makes in the flavor and texture of this dish. Roux adds a unique nutty, toasted flavor that’s characteristic of Louisiana cooking. 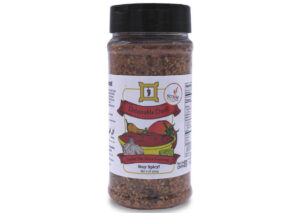 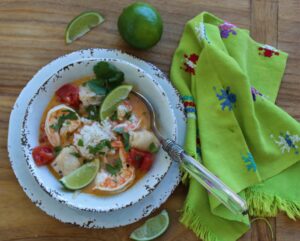