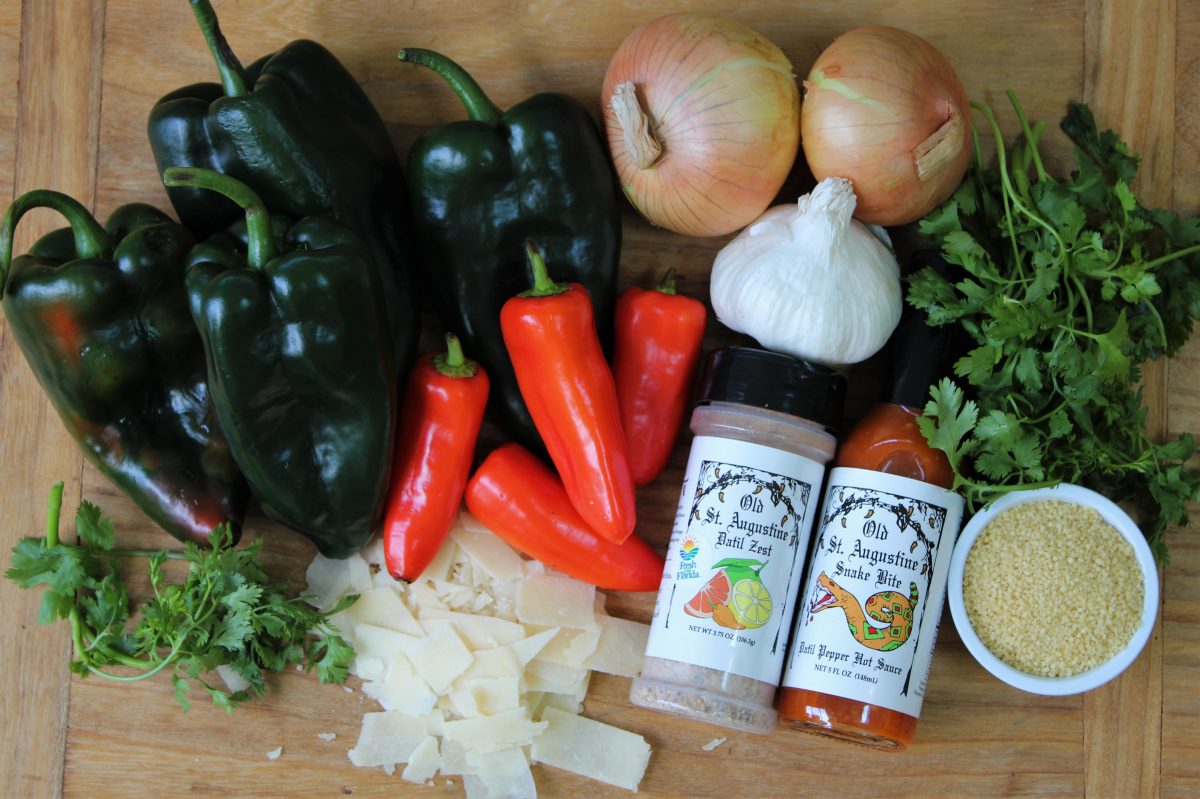 I adore stuffed vegetables, and these stuffed poblanos are a nice change from what you might be used to doing.  Poblano peppers (pronounced “po-BLAH-no”) are fairly mild once you scrape out the seeds and membranes, and they can be stuffed with a wide variety of fillings.   Here, I’ve used quinoa for a nutty taste, and combined it with onions, garlic, sweet bell peppers, cilantro, and of course plenty of spicy datil pepper flavor with both Snake Bite Datil Pepper Hot Sauce and Fresh From Florida Datil Zest Seasoning Blend with orange, lemon and lime. 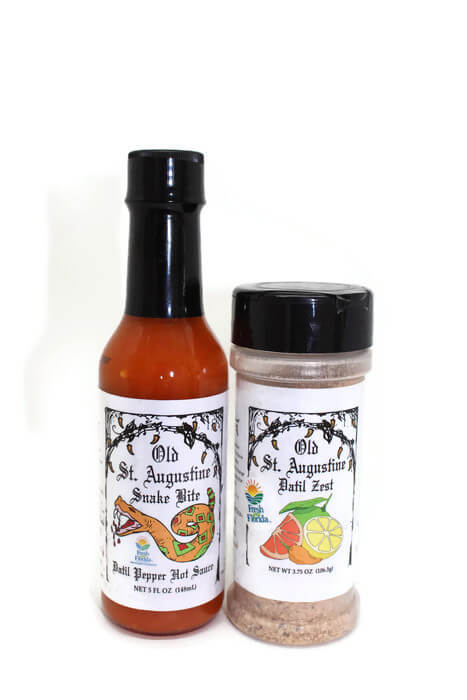 Snake Bite Datil Pepper Hot Sauce and Datil Zest Seasoning Blend
Poblano Peppers are now readily available in most grocery stores as well as vegetable markets, and provide a distinctive flavor that you don’t get with regular sweet bell peppers.  Poblanos are the pepper of choice used to make chile relleno, a popular Mexican dish.  Traditional chile relleno calls for the roasted pepper to be stuffed with cheese, then coated in egg and fried.  I almost never fry anything.  I hate the smell and grease in my kitchen as well as the obvious detriment of fried foods.  Stuffing these beautiful peppers with nutritious, delicious ingredients is definitely the health conscious way to go.  To make this vegan, either leave out the topping of shaved parmesan, or use a vegan cheese substitute.

These stuffed poblano peppers, full of datil pepper goodness are easy to make and oh so delicious.  They are full of good for you veggies and perfect for a simple weeknight supper.

Substitutions:  To make a more Mexican dish, you can substitute brown rice for the quinoa and add one can of black beans which have been drained and rinsed and 1 cup of drained whole kernel corn.  You will have filling left over, so you can roast a couple more poblanos or  it makes a wonderful side dish by itself. 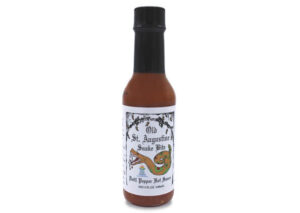 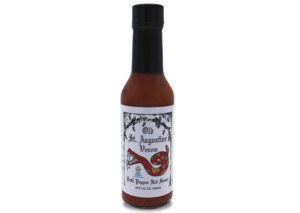 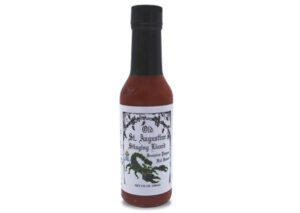 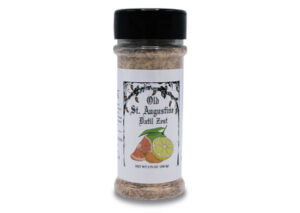 How An Acorn Squash Brought Back Memories 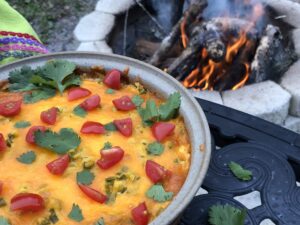 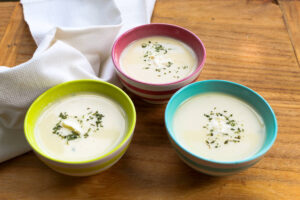